With the Bauhaus reunion sidelined by COVID-19, guitarist Daniel Ash found plenty of time in 2020 to focus on a new album by his new band — a trio called Ashes and Diamonds — with plans to release the record later this year, he announced in a podcast interview Monday.

In his interview on Baxie’s Musical Podcast, Ash also confirmed that the Bauhaus reunion that should have occupied much of 2020 remains an ongoing concern and that “there’s definitely plans when all this lifts (to resume, though) I don’t think it’s going to be until next year now.”

As for Ashes and Diamonds, the new band features Ash on vocals and guitar, bassist Paul Denman of Sade’s eponymous band and current Public Image Ltd. drummer Bruce Smith, who previously played with The Pop Group, The Slits and Rip Rig + Panic.

The trio has recorded about 15 songs and is in the final stages of mixing, Ash told the podcast, with a goal of finishing the record by the end of February. Though they started work in the studio 18 months ago, the band ended up sending files to each other to finish it once the pandemic set in.

“I must say it’s working out really well,” Ash said. “We’ve had time to really craft the songs and get them produced as good as possible, because I really hate underproduction, unless it’s the Velvet Underground.”

Ash doesn’t describe the sound of the new songs, but notes the lyrical subject matter “is all over the place.”

“This is a real cliché, but there’s a song about 2020 and it’s a really, really sad song,” he said. “I can’t listen to it at the moment. It’s too sad. it’s a real downer. But we’re tweaking the music so that it’s not a downer, to have a juxtaposition there within the song, because if you have the music and the lyrics down, it doesn’t work. Nobody wants to hear it because it’s too depressing.”

Once the album’s ready, Ash said, the group will have to decide how to release and promote it, since the trio can’t yet tour behind the new music. The plan is to release it this year, he stressed, and eventually play shows. “We can’t wait, actually, to get some sort of feedback,” he said.

In the half-hour interview, Ash also talks about songwriting, his dislike of the “goth” label and the recording of Bauhaus’s “Bela Lugosi’s Dead,” Tones on Tail’s “Go!” and Love and Rockets’ Sweet F.A. album.

He also acknowledges the volatility of Bauhaus.

Prior to the launch of the Bauhaus reunion in the late 2019, Ash had teamed up with former bandmate Kevin Haskins and Haskins’ daughter, Diva Dompe, to tour and record as Poptone, performing songs from the catalogs of Bauhaus, Love and Rockets and, in particular, Tones on Tail.

In the podcast interview, Ash is most effusive about the work of the short-lived Tones on Tail.

“I think we were really breaking new ground with that,” he said. “If you listen to that stuff now, it sounds like it could have been recorded last week because it’s not in any category at all. What I’m very proud of with that band is it sounds like it’s from another planet.”

I'll check this out, but I haven't been super impressed with much of Ash's stuff the last couple'a decades. Poptone was ultimately just ok.

I have to say, at this point I'd be more psyched for a Love And Rockets reunion especially with a new album than Bauhaus.
Top

Very likely a Love and Rockets tour will happen early 2023. Their old label Beggars Banquet is about to do a major reissue campaign of their albums starting with a giant box set on vinyl of their catalog (except 1999's "Lift" which came out on a different, now defunct label). I can't imagine a continuation of the Bauhaus reunion after Murphy screwed it up this year is in the cards any time soon. I would hope that a new L&R tour would include songs from their later albums - when I saw them do a tiny club show as a rehearsal for their Coachella 2008 reunion appearance, they only played songs off their first 4 albums with the vast majority from Express.
Top

I've never seen them! I hope they come my way.
Top

haven't seen them since Jane's opened for em...I would really enjoy that reunion...
Top

Looks like the Love And Rockets reunion is a go. The first show booked is the Cruel World Festival in Pasadena in late May.
Top

Cruel World Festival looks amazing! Well, amazing to an 80s kid who listened to most of the bands listed.. 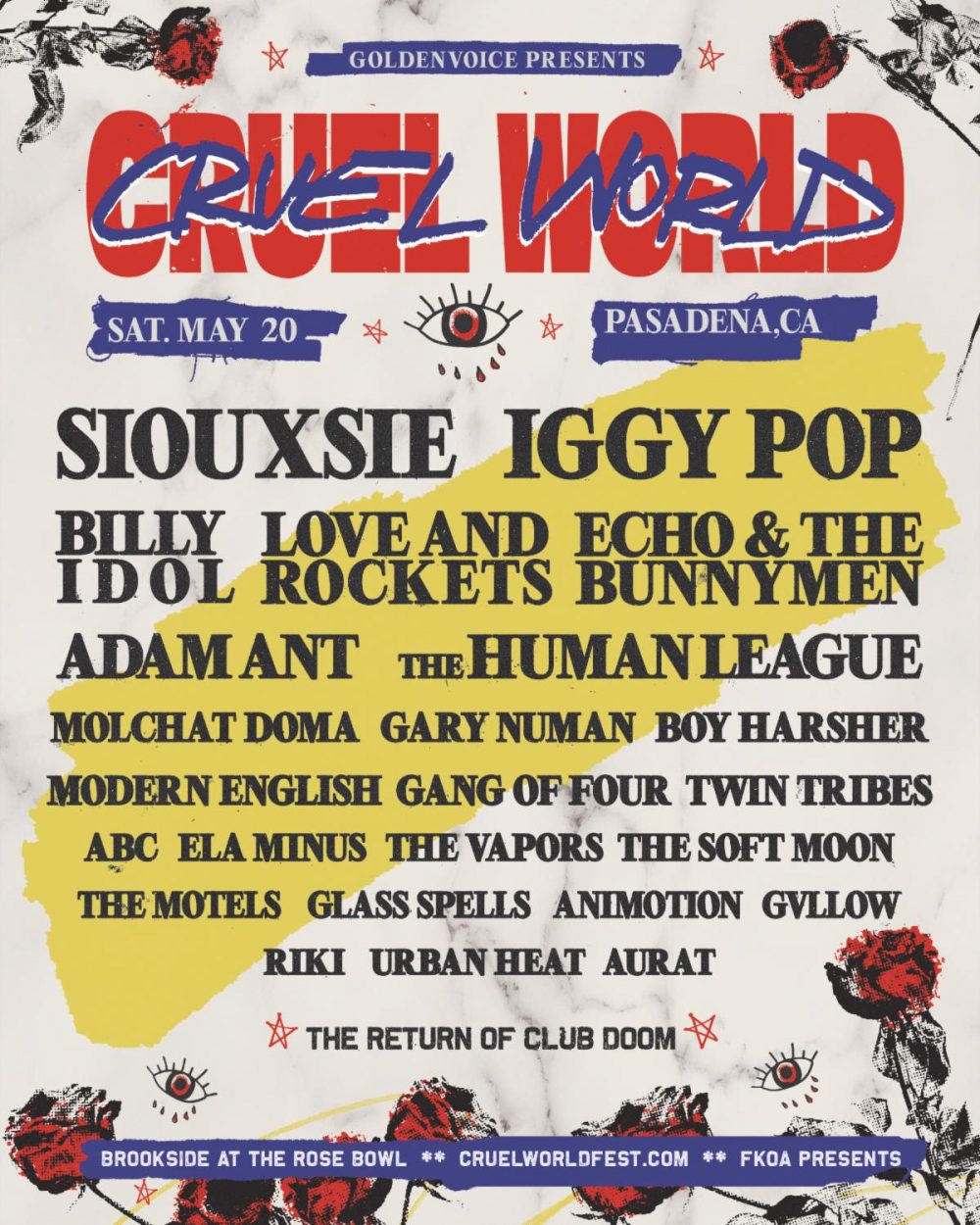 So, I guess at work, in the group chat when I post my 30+ year old concert ticket stubs, my 30 year old co-workers are not wowed ??

Return to “Music And Art”